The Celtic Longhair Cat Society was formed in 1978 by a group of enthusiastic cat breeders in South Wales.

At that time the Celtic was centred mainly around Swansea and Cardiff areas both for members and committee.  It was the first club to be formed in South Wales, catering exclusively for longhairs.  There were very few semi-longhairs being bred in the area then and they were welcomed into the club as nearly-longhairs!

The Club prospered and in 1980 held its first Exemption Show in the Patti Pavilion in Swansea.  The venue was to become for many years the home of the Celtic and in 1985 saw the first Championship Show ever held west of Newport, Gwent.  By 1996 the Club Show had outgrown the Patti Pavilion and after a few years of moving around, in 2000 held the first of many shows in Chepstow Leisure Centre, where it is still held today.

The change was duly made and the Club became The Celtic Longhair & Semi-Longhair Cat Society.

OUR 2020 SCHEDULE IS NOW AVAILABLE - THE SHOW WILL TAKE PLACE ON SATURDAY 25 JANUARY 2020 AT THE CHEPSTOW LEISURE CENTRE.  ENTRIES EXTENDED UNTIL 5PM MONDAY 13 JANUARY 2020 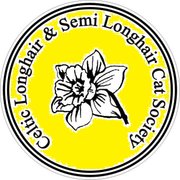 Double-click here to add your own text.